This is the most atmospheric, cinematic pedal that we do…

It’s a dub-flavoured digital delay (based on our Echo-X delay pedal), that also produces low, throbbing drones that can also be mixed through the delay circuit. If you play shoegaze, doom/heavy/psychedelic rock, or ambient music it’s a fantastic tool for making a powerful base note to play over. Maybe you play in a two piece band? Then it’s essential! You’re a solo electric guitarist making sonic textures?…. You improvise over an atmospheric backing? The Drone Rainger is for you!

The guitar signal and the drone signal are independently mixed through the same delay circuit (about 1 second maximum repeat time), with a totally dry guitar switching option. There are actually two analogue tone generators inside the Drone Rainger making up the sound – one with a 12-way selector switch, the other free-moving – so that when they’re tuned nearly the same, you get interesting ‘beats’ created between the two of them. Blend them to suit using the ‘mix’ knob.

The drones also have two instantaneous effects that can be switched in with a footswitch while you play guitar; one is a ‘tone-down’ pitch dropping effect – making the pitch sag in a truly ominous way! The other is a ‘pitch-up’ effect, raising the pitch of one tone generator much higher – so that 2-note ‘chords’ are easily possible.

It’s also possible to set the pedal to produce two separate notes – and to toggle between the two while you play, which is extremely useful if the song you’re playing has a section with a different base note or a key change. And if you’re playing along to music that isn’t strictly tuned to pitch, you can adapt using the pedal’s ‘fine tune’ knob.

Like all our stompboxes, it’s housed in a custom-designed enclosure – this one a distinctive desk-style with seven sides. The window in the main front panel is a window into the Drone Rainger’s soul – an aerial view of an industrial part of a city, complete with streets and cars, car parks and streetlamps, toxic chemical silos! A dystopian vision to match the powerful hypnotic sounds…..

This is a truly unique pedal in many ways, that can be played as an instrument in itself.

NOTE; The pedal shown here is the latest version (2021), and doesn’t have the main ‘volume’ knob that the previous ones did – it runs as if that pot were wide open, and you adjust volumes with the individual controls. It’s also had some other tweaks improving it – though it’s the same basic circuit, with the same other controls.

ALSO NOTE; The pedal does not have the white noise effect shown in the very original one. This was very hard to control (it was extremely loud and its volume was linked to the delay level) so it was replaced by the ‘pitch up’ momentary sound. 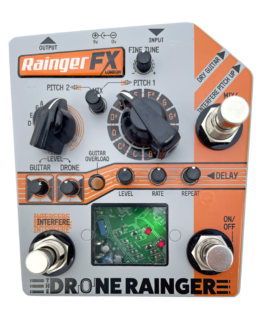 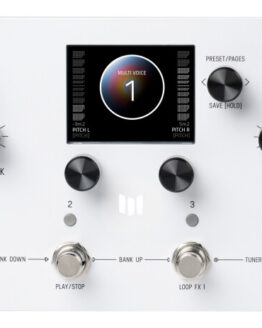 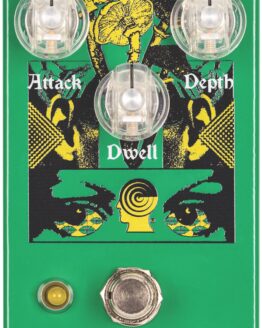 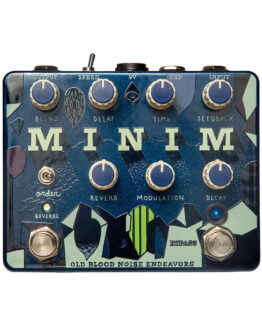 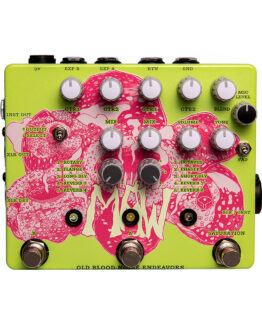 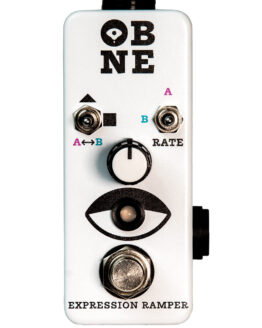 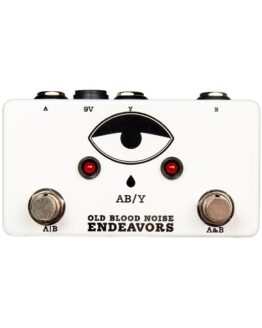 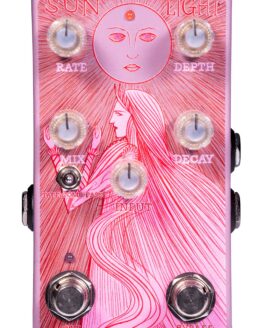